There is very little doubt a Colorado couple has turned valuable information over to the FBI pertaining to the JonBenet Ramsey murder. 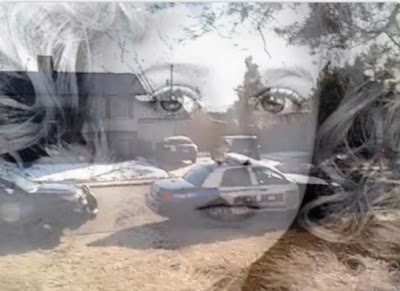 And somebody within the City of Northglenn, Colorado's local government is very worried about it.

Curtis and Danielle Kekoa, Northglenn, were contacted by the Denver FBI in 2015 regarding information about a fake church suspected of domestic terrorism plots; they now continue to be stalked by local police. 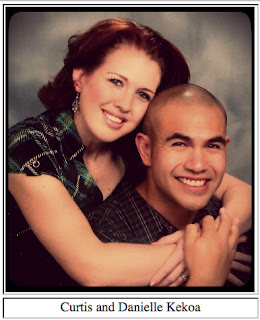 Danielle Kekoa was interviewed in 2015 by the FBI regarding information she and her husband, Curtis Kekoa, possessed about Rev. Bob Enyart and organized crime plots being staged out of Denver Bible Church. The Kekoa's are defectors from what they call a "satanic cult" and have turned information over to the FBI regarding Planned Parenthood and murdered children including JonBenet Ramsey, Jessica Ridgeway, and Dylan Redwine.

The Kekoa’s have acquired hours of video surveillance that show officers with the Northglenn Police Department stalking and harassing their family - stalking that has gone on for years.

On February 3, 2017, Curtis Kekoa provided Write Into Action a photo of the NGPD’s latest activities in front of their home.

Curtis Kekoa said recent video captures officers standing in front of their home and making gestures at their house while laughing. 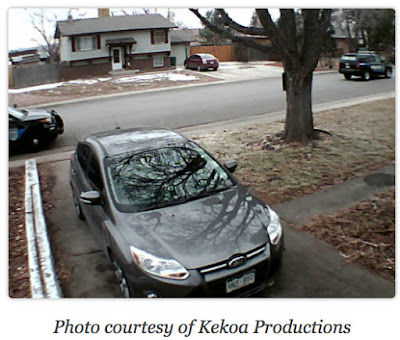 The creepy community police in Northglenn behave like they are auditioning for a Stephen King movie as they they harass this family of eight that includes small children and a special needs adult. The Kekoa's have received emails that warn they will be murdered and cut into pieces.

No investigation has ever been launched by the NGPD into the source of emails that warn FBI witnesses that they will 'fuck their dead bodies'.

Write Into Action previously published video captured by the Kekoa’s that showed a NGPD police officers showing up at her home and attempting to open the house door without a warrant. 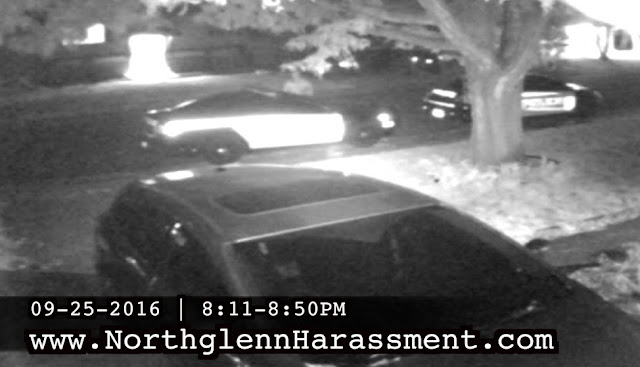 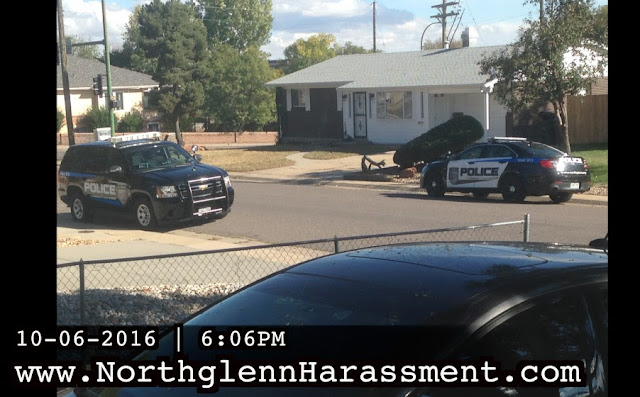 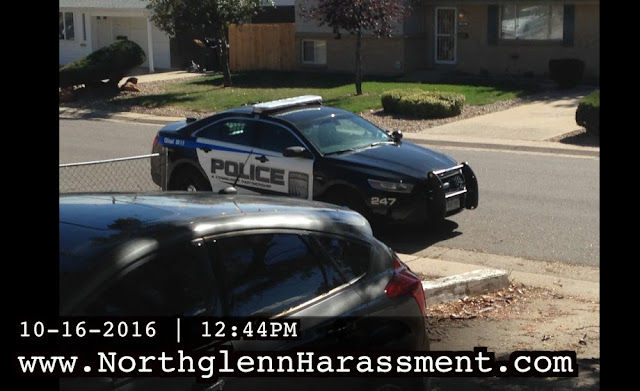 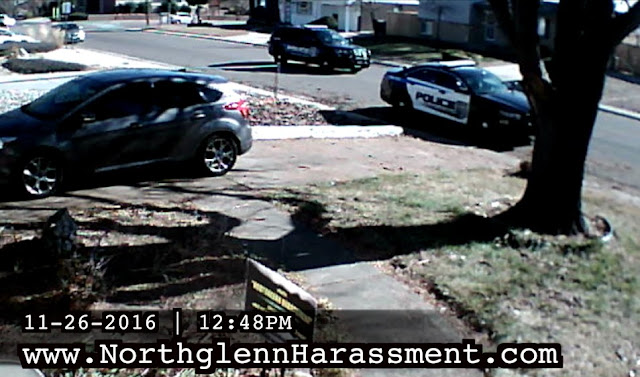 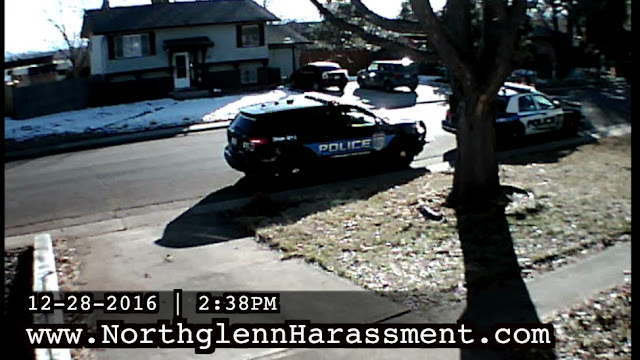 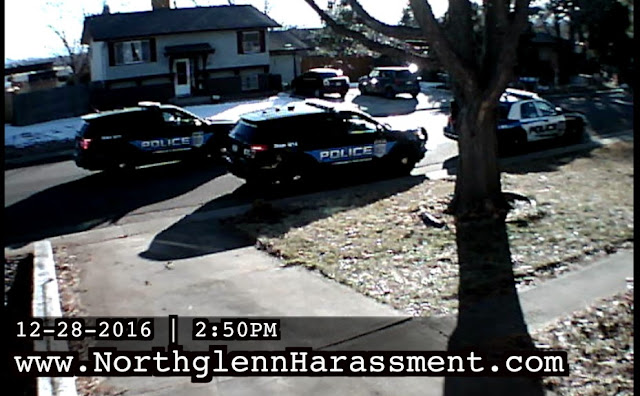 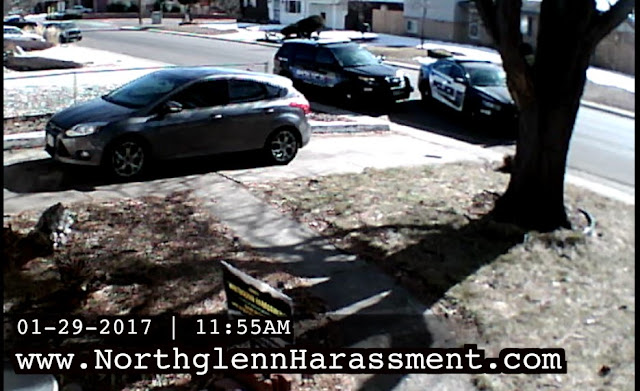 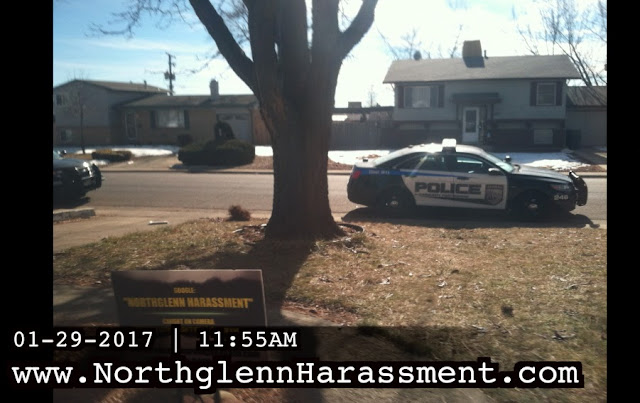 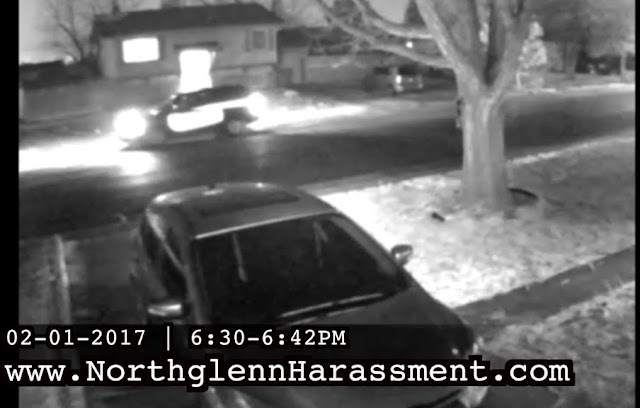 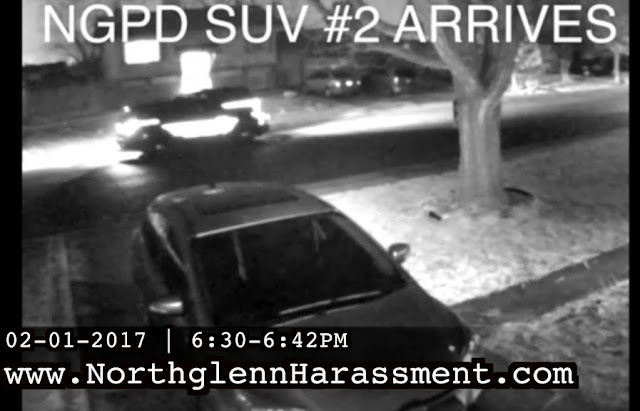 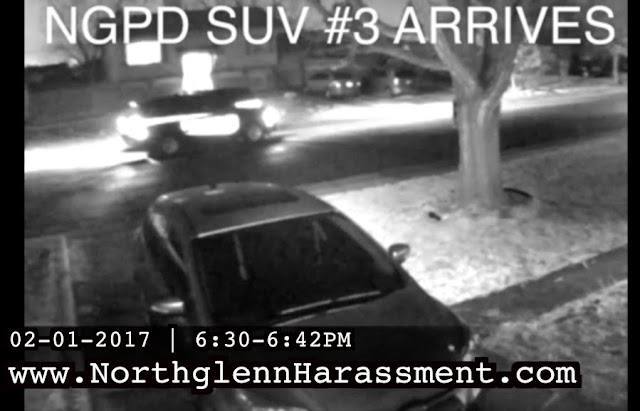 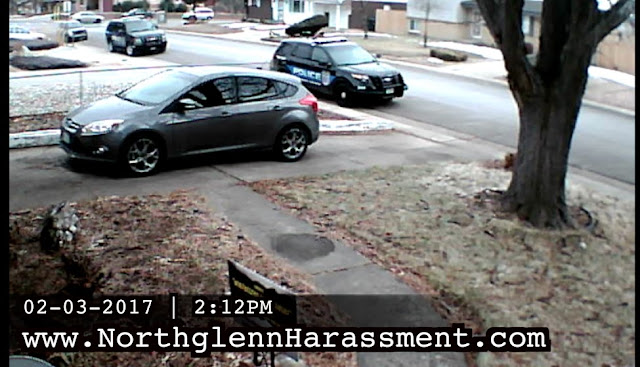 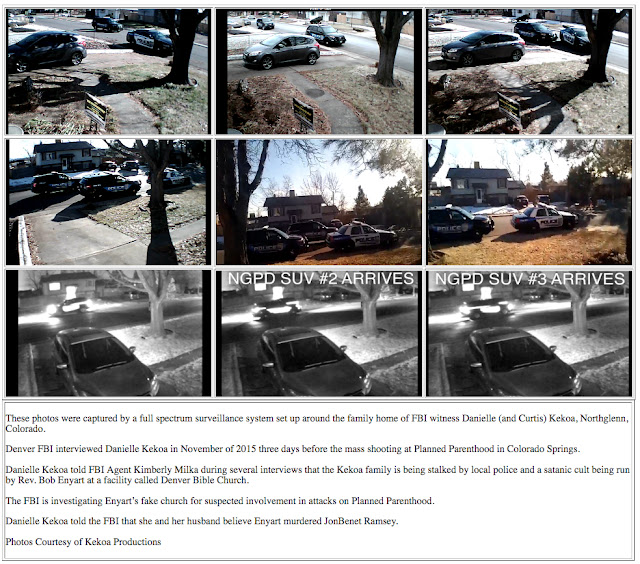 LEARN ABOUT IT – – –
http://www.writeintoaction.com/JonBenet Ramsey FBI emerges from chaos.html
Posted by The Kekoas at 6:17 PM