Listen to PROOF the FBI knows about a serial killer in Colorado who is organizing high profile crime across the country. HURRY download this video before it's gone again!

Contact Las Vegas FBI Citizen's Division at 702-385-1281 to ask them what the status of the investigation is and why this video keeps getting removed.


NOTICE THE CRIME EPIDEMIC ALL AROUND THE METRO AREA OVER THE PAST TWO YEARS?  Abductions, rapes, murders, arson, bank robberies, shootings, stabbings, home invasions, ect...Meanwhile first responders continue to be at great risk as our tips continue to get ignored.  Watch & Listen to this Police Recording that the FBI does NOT want you to hear.
WHAT EVER HAPPENED TO "FREE SPEECH"?
On JAN 16, 2014 Las Vegas Metro Police and the FBI Las Vegas Citizens Division receive a tip by Dani Kekoa re: "Chelsea Hoffman" is a CRIMINAL FRAUD who claims to live out of Henderson, NV and Las Vegas. ChelseaHoffman.com is a fake page/ID like this Facebook page 'Calling Mark Redwine' used by a serial child-killer in CO who gets off on targeting victims, framing dysfunctional people and purposely misleading investigations of the crimes committed. There's a violent sexual sadist & home-invading serial pedophile working as a "pro-life pastor" in the Denver area who the cops & FBI have known about since October 2012, yet refuse to talk to for some odd reason:
Call the criminal behind the PersonhoodUSA movement and tell him to turn himself into the FBI: Bob at 1-800-8-ENYART -- ROBERT ADOLPH ENYART = 666 = DAXIS = SON OF SATAN = GUILTY CHILD-KILLER! - DOB 1-10-59 - SSN# 152-60-4382 - FBI# - 678532LA7
[*Note: The following YouTube video was published on Jan 23, 2014 and after 200+ views, on Jan 30th this video was removed because its content supposedly violated YouTube's "privacy" terms of service. No further explanation was given, YouTube just simply deleted it for unspecified "privacy violations."]

[On Feb 2, 2014 we re-uploaded this video to DailyMotion, and less than 48 hours later (reaching 130+ views), it was again removed without warning for unspecified reasons due to a "breach of the terms of use."]
2014-01-16 - FBI Las Vegas Citizens Division... by chessversuscheckers
[On Feb 4, 2014 this video was uploaded publicly for a third time to Vimeo. On Feb 12, 2014, after reaching over 200 views, Vimeo also removed it.  Reason given: "Vimeo does not allow videos that target and harass specific individuals."]

THERE IS SOMETHING ON THIS VIDEO THAT BOB ENYART & THE FBI DOES NOT WANT YOU TO HEAR...FIND OUT WHAT IT IS BELOW & PASS IT ALONG.

[On Feb 4, 2014 this video was uploaded publicly again to GoogleDocs and so far it has remained. Download it before it's gone!]


Got PROOF? => For more info, visit the website religious psychopath Bob can't do anything about: www.BobEnyartMurderedJonBenetRamsey.com
ShadowGov.com "small foreign faction" founder, TWICE CONVICTED CHILD-ABUSER & "pro-life pastor" of Denver Bible Cult, Bob Enyart has an FBI#...So why won't the FBI go question him?  Furthermore, if we were lying, why won't Bob sue the Kekoas for "libel and defamation" of character?  One can only speculate as to why?  Oh yeah....Here's why: Bob Enyart's "small foreign faction" DNA was left on JonBenet & he's GUILTY of conspiracy to murder! Go ask him. Call 1-800-8-ENYART. Google "Bob Enyart Child Abuse" or see ALL ENYART'S CRIMINAL RECORDS IN CO. 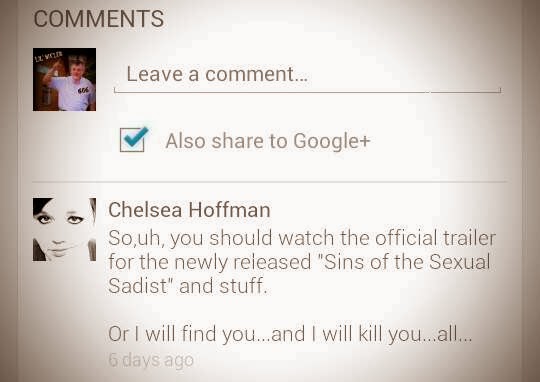 *LISTEN: July 8, 2013 -- Tip to NATIONAL CENTER MISSING EXPLOITED CHILDREN - 1-800-843-5678 - "Chelsea Hoffman" is a CRIMINAL FRAUD re: Dylan Redwine & Jessica Ridgeway.
(Note: The boy Austin Reed Sigg did NOT act alone in murdering Jessica Ridgeway and the Westminster Police have known this since day one, yet still haven't followed up!)

*FACT: Christmas Day 1996 in Boulder, CO after the little princess was strangled, bound, sexually assaulted and tortured in her parent's basement, the JonBenet Ramsey ransom note was signed by the "small foreign faction" murderers: "Victory, S.B.T.C" 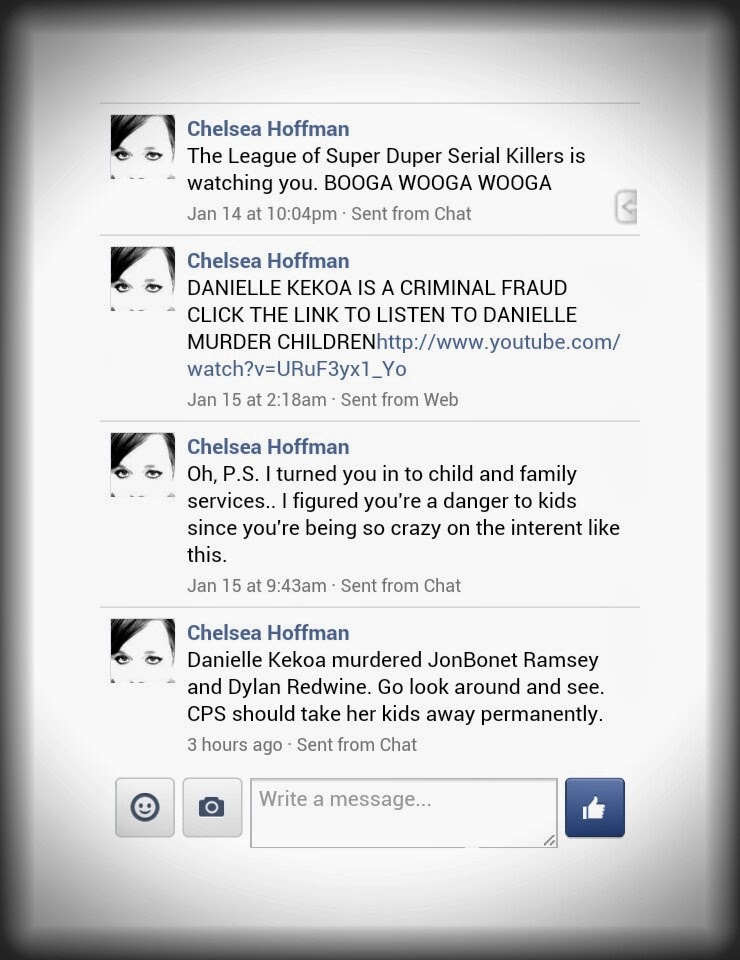 It's also been CONFIRMED that Bob Enyart runs the hate page Calling Mark Redwine where he is falsely accusing Mark of murdering his son Dylan just like how Bob tried to frame the Ramsey's for murdering JonBenet in 1996.  DO NOT TRUST ANY OF THESE PAGES ON FAKEBOOK!
The fact that "Chelsea Hoffman" is promoting these shady pages and putting out disinfo should cause law enforcement to question her motives, especially since she also offers help to families of missing persons or murder victims who seek help outside of law enforcement.  Any questions America???

When History Repeats Itself, Will We Notice? Call Bob Enyart LIES at 1-800-8-ENYART & tell him to turn himself into the FBI or MORE KIDS like JonBenet, Jessica & Dylan WILL DIE!
Listen to hours of Police Recordings with more PROOF: www.PoliceRecordingsKekoas.com